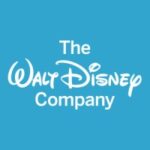 Be a part of an innovative team and culture…

A Day in the Life…

Responsibilities include but are not limited to:

What we are looking for…

To apply for this job please visit www.linkedin.com.